Savvy is in grade 8, but she is already over 6 feet tall, making her someone with the natural gifts needed to succeed, and excel, at basketball. Moving across the country after her family experiences some financial problems, she needs to start again in a new city. Trying to make new friends, help run a farm, and most importantly, make an impression on a new basketball team.

She makes the choice to try out for the tough under-18 team, the Fire, despite her young age, and is forced to deal with rough teammates, a cute boy, and the pressure to be the best.

Along with the pressure of school on and off the court, Savvy is also forced to deal with her family issues: a hospitalized Aunt, forcing her to be in charge of the livestock, a hard-working mother, a former golf pro father who had to retire due to his crippling injuries, and a sister dealing with her own pressures to be thin and make the cheerleading team. 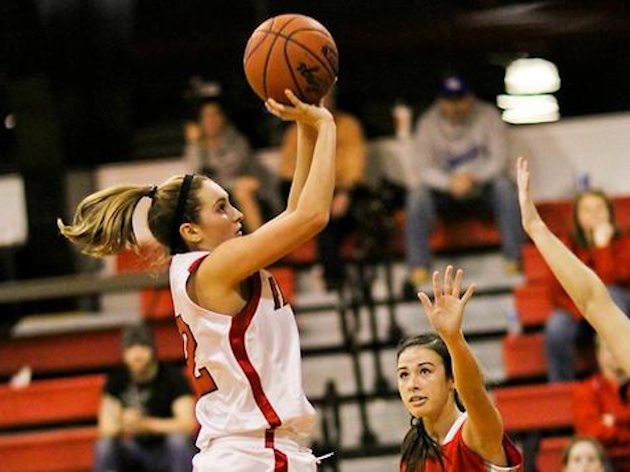 Boost  has some highs and some lows, as far as YA novels go. There are moments when the book is pretty strong; especially during the basketball passages. The descriptions of the game are in-depth and well done. However, there are many flaws with the book, even for the younger reader. It is pretty predictable throughout, and is often too riddled with YA cliches. There are some groan-worthy scenes in the novel, seemingly ripped from the pages of Lifetime movie of the week script. The lessons being learned by the characters about relationships, and specifically about the use of drugs to get ahead in the sporting world are too overt and obvious. Even the most open-minded young reader could find them redundant and sounding like a health class pamphlet.

The protagonists and antagonists of the novel are also fairly cookie cutter. Think of any sports movie, and you basically have the set up of the Fire, the good team, and the Power, the plays-on-the-edge-for-a-tough-coach team that is full of villains. Essentially, it’s set up like a Mighty Ducks film.

While author Kathy Mackel has already published several YA novels, mainly focused on sports, parts of Boost read like she is a novelist still trying to find her distinctive voice. And to her credit, there are those moments in Boost where it feels like she has found it. It is unfortunately not sustained for the duration of the narrative, however. Her strength lies in the relationships that are built through the novel, specifically between Savvy and her volatile sister Callie, and between Savvy and the new herding dog the family must get in order to stave off coyote attacks on the farm. These are the moments that give Boost its heart and soul.

Overall, this is a solid read, despite being flawed. Young readers, specifically young female athletes, should like the novel for its competition and understanding of the pressures to be the best. Being an adult reader, it is easy to pick on some of the cliches, but it is often important to remember that many young readers are not yet familiar with these archetypes and situations that have become so common for those who have been reading for decades. Boost is a winner, in the end, and should definitely appeal to the niche audience it was written for.