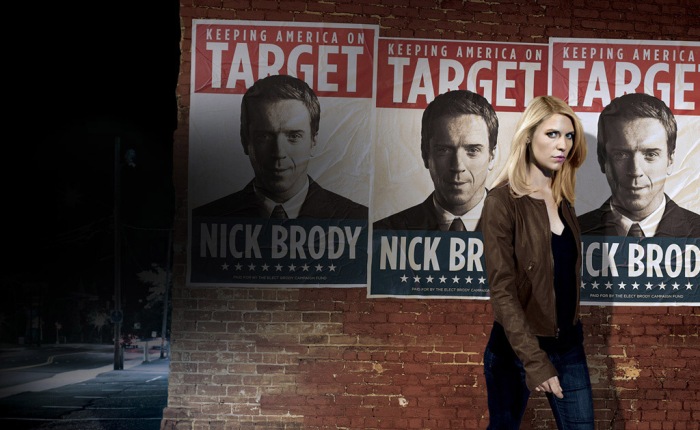 Even after I felt that the second season of Homeland fell a little flat, I was still interested in watching the third go round. Despite season 2 not being as good as the incredibly good first season, it was still excellent television, and I wasn’t yet finished watching Carrie, Brody, and Saul, get things figured out and keep America safe.

Season 3 starts off where the second left off, right after the bombing of the CIA building in Langley. Brody, looking extremely guilty, needs to get away as fast as he can, and he disappears, going off the radar for an extended period of time. We don’t even really see him until a couple of episodes in, when he resurfaces.

The central plot of the season is to find out who was behind the CIA bombing, and then doing something about the increasingly hostile situation in Iran.

A couple of very good things about the third season:

Aside from all of the positives, the series still hasn’t managed to recapture the delicious tension from the first season, which I found to be edge-of-the-seat viewing. While the events of Season 3 are interesting and sometimes exciting, it sometimes causes weariness with the continued, Is Nicholas Brody a good guy or bad guy? story line. But it still works, just not as perfectly as it did during their first run.

Homeland Season 3 is definitely worth watching, of course. It isn’t perfect, but it still holds plenty of intrigue to keep viewers interested if they are trying to get caught up so that they can watch the fourth season that is currently airing. For those who enjoyed Season 2, keep on going with Season 3, as it won’t cause much disappointment, and there isn’t a ton of drop off from the excellent television they have got us used to.

The first season of Homeland was some of the most exciting television I had seen in a while. It was highly stressful and exciting, and there were enough twist and turns that it was easy to get hooked on the series and watch for hours on end. It doesn’t hurt that the first season was on Netflix, where it becomes evilly simple to waste an entire day watching episode after episode until the entire thing is done.

The characters were engaging, the storyline was complex and full of intrigue, and we were left wondering right down to the very end if Brody was going to do something terrible. It was an excellent show.

So for Christmas, I asked for the second season, and much like the first, I poured through it in a ridiculously short time frame. But at the end, I was left wondering if it was nearly as good as the first season.

Sure, the show is still very exciting, and the characters are still definitely interesting. The story was again strong, but I was forced to wonder if the expectations were simply set too high by the greatness of Season 1. By the end of year 2, I had to think if it was just pretty cheesy, or if the characters were making implausible decisions that seem totally unlike themselves. And it felt as though nothing was really resolved as the year went on. Sure, some terrorists died, some people were put into the jobs where they belong and there is definitely resolution to many of the stories, but it remains very open ended, and while usually a fan of that kind of cliffhanger, I don’t know if it worked extremely well in this case.

There is no doubt that this is still an excellent show, but somehow I felt disappointed by the second year of it. I don’t really know what I was expecting, but I don’t know if this was it. I felt more annoyed by the characters, and got angry at the choices they made. Maybe that was me being engrossed by the drama.

Despite my disappointment, it only means that I am anticipating more from Season 3, whenever I get the chance to see it. There has to be more, and they did leave it open to be interesting to see where the whole thing goes. Good guys becoming villains and returning to the good side, only to be set up to be a villain again. (SPOILER ALERT) I assume that Season 3 will revolve around the bombing and trying to prove Brody’s innocence as he flees. I don’t really know how Brody’s family will fit into it anymore, since they have sort of been cut off from the story now that he has left and the odd side story of his daughter and the car accident being resolved. But I’m sure the writers have something solid in store for them, because they are good characters, and deserve to continue playing a significant role in the story. I know that the daughter needs to continue to be involved, because of her knowledge about the bomb vest in season 1 and her speaking to Brody before the funeral at the end of season 2. Still plenty of options.

I guess I’ll have to wait and see where they go, but I know with such a solid show, they will be able to produce another year of high quality television that will leave you interested and on the edge of your seat.

Even though Season 2 was a step down in my books, that doesn’t mean that I didn’t enjoy it or think that the show has gone to the garbage. It only means that I am wanting more, and I don’t want to have to wait for my answers.