How can you not love Game of Thrones? Easily the most well-crafted, best looking, series on television, it truly is something to get into, and to love. There is always so much going on, so much death and destruction. Lives are lost, alliances are changed, events unfold at a pretty rapid pace, considering the sheer size and detail of the novels they are based on.

Note: This article is full of spoilers, so if you have not watched this season yet, don’t read ahead.

And the best part about it, is that he died in a shameful, embarrassing way. On his knees, hacking and coughing, spewing blood and spit for all those at his wedding feast to see. He died in shame, and we are glad for it, as he was truly awful. A despicable character, who took every moment of screen time to make us hate him even more.

He was brilliant at it, and in a way, we loved Joffrey for this. When he would do something brutal or disgusting, like shooting crossbow bolts into the women sent to pleasure him, we hated him. When he treated Sansa Stark like garbage, seemingly taking every opportunity to rub it in her face that her father was beheaded at his request, or that her brother had been murdered in an awful way, we found him despicable. When he turns his rage and brutality to his Uncle Tyrion, we hate him even more (and we still all love Tyrion). We all wanted Joffrey to die.

And he has. So…now what?

Since Game of Thrones is such an encompassing story, new villains will rise, and we will turn our dread and loathing to someone else in no time. But there has been nobody on the show, or in recent TV memory, that had collectively been loathed in the way that Joffrey had. He unified all viewers with their vitriol and bile, and he deserved it.

Personally, I am excited to see where the show moves from here. I read the first three books, skipped the fourth, and have read the first bit of the fifth, A Dance With Dragons. So I am not completely familiar with the upcoming material, and am looking forward to the show without truly knowing what is going to happen. I know that there will be people to hate, and that is always good.

But, like most viewers, I probably won’t be able to hate them as strongly as I did Joffrey. 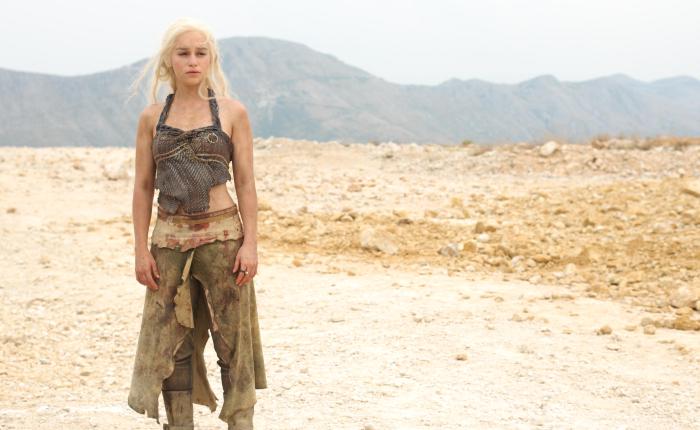 HBO has released a second trailer for the upcoming fourth season of Game of Thrones, which, in my opinion, is the best, most exciting show on television. I am more than pumped up for this year, because I didn’t read the fourth book, so there should be plenty of surprises for someone like me, who isn’t totally aware of what is going to take place in Westeros.

There are just too many great things to talk about in this trailer. From the opening, with Arya Stark listing off the names of those she craves to see dead, to the White Walker on horseback on the end. Blood will be spilled this year (as with every year of this show), and it is going to be amazing.

The best part, of course, is seeing Daenerys sitting above her people, on a throne, stating, “I will do what Queens do. I will rule.” That, with her far more grown dragons, is enough for me.

Quickly becoming addicted to Northern Exposure, I am thrown back to a time when things could be done on TV that seemed important. Music videos were dark and made intelligent social commentaries (think of Alice in Chains’ “Rooster”, or Pearl Jam’s “Jeremy”). TV shows could be weird, and people would still watch them (think Twin Peaks). And as I mentioned in a previous post, Northern Exposure could brilliantly break the fourth wall between characters and audience in order to allow us to step back and take a look at the issues of the day.

I wonder if things like this could still work?

Sure, I believe that we are in some sort of new Golden Age of television, where the quality of the product is at an all-time high. Cable shows are racking up the awards, and you don’t need to look too far to find a deep, intelligent drama on the air. There are just so many good shows right now, that it is difficult to complain. But these shows tend to exist in their own worlds (as brilliant as Game of Thrones is, it really isn’t saying tons about the way we live our lives in 2014. But, I absolutely adore the show).

I thought of this while watching Season 3, Episode 6 of Northern Exposure, entitled “The Body in Question.” In the episode, the gang from Cicely discover a frozen body and diary, indicating that the mysterious person was someone close to Napoleon, and it is revealed through his writing that Napoleon was not actually at the Battle of Waterloo.

Simple enough, right? Another quirky adventure for the Alaskans to solve before going on with their lives.

But, as this show tends to do, it took it far further than I would have expected for a 90’s network show. It had a debate. And it was amazing to watch.

The conflict centered around whether or not the town should reveal Pierre (their body) to the world, and take advantage of the tourist influx it could cause. They debated if they should reveal that history may be false, in that Napoleon was not even present for his greatest and most famous defeat. This would literally change history.

Of course, it was Chris, the existential radio DJ, that brought up the idea of the metaphysical debate on the validity of what Pierre could reveal. Do we want to change our past, the stories that have developed over the years and have truly defined who we are, as individuals, and as a nation? He states that his life would be no different if Napoleon wasn’t at the battle. But it would change things for so many people, because that is what we know, and a part of who we are. He discusses the comfort we get from our stories, such as George Washington cutting down the cherry tree. If that never happened, our lives would be the same. Or would they?

It was great to see characters discuss these types of things in the middle of a show that is mainly lighthearted. And the audiences responded, I assume, since the show continued on for years after its third season.

I miss that. That there can be a moment on TV that goes beyond entertaining you. That there is a part of it that can make you think, and make you wonder. That maybe you watched that episode and debated with your friends the importance of our history, of our stories, in shaping our lives.

A great episode from a great series. Added on to the great debate that transpires at a town hall meeting, the episode ends with Chris reading Proust on air.

How can it get any better than that?

Finally! A trailer for the newest season of Game of Thrones, the best show on television, which will start up again at the beginning of April.

And upon first look, it is everything I could have hoped for. The action looks amazing, all the characters are there, of course. For those who have read this far in the series, we know that there will definitely be something massive that happens over the course of this season, and we eagerly await what will be included, and what will be excluded from the original texts.

We see Daenerys continuing to rise to power, the Starks on the run, the general arrogance of King Joffrey… 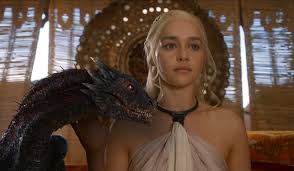 I’m not really sure if I love you because of your character, or because of Emilia Clarke playing you on TV in Game of Thrones, but I will count these two separate entities as one and the same.

First off all, I am impressed with how you have overcome being a girl simply used for the gains of men. You have gone from being the demure, fragile, person that your brother sold into marriage, to a scared and unsure woman married to a terrifying Dothraki warlord. But you gained confidence, you began to assert yourself, and you finally used your voice. You found love where there was initially only fear, and you discovered that there was something powerful inside you that could get out, and could help others. Granted, many of these learned things came from your sexual awakening with Khal Drogo. But this further demonstrated your assertion of who you really had become.

The dragons may be the source of your power, but you have nurtured and cared for them, in order to become a more powerful person. You understand their abilities, and what having them means to you and your future in Westeros. You have harnessed their strength, and along the way, have become the mighty Mother of Dragons.

There is much power in your tiny frame. There is a lot of rage. You make promises to burn cities to the ground, no longer the weak girl you were when we first met you. You have sought what is yours, and you are willing to pay whatever price to get it. As you grow in your power, you have become a good leader. You are freeing the slaves along your journey, and this is commendable, not only because it makes you a better person and more respected among your followers, but because it is a shrewd move, both in the military and political sense. You know that by promising these people something- their freedom- they will follow you to the ends of the earth. Where, one would imagine, is where you will ask them to go at some point.

You have been able to play your beauty and innocence as a strength, using it against your enemies. They see a young girl who is nothing but afraid of the things she has already done. We know that you are willing to go further, and are not afraid to spill a little blood along the way. This, coupled with your cunning (upon learning of Old Valerian as your mother tongue, that warlord probably still hasn’t removed his jaw from the ground- that was seriously badass), has created a force to be reckoned with in Daenerys Stormborn.

The game of thrones is something that is being played by the women of the story. It is becoming more evident that the men are merely their pawns in their deadly game, and I cheer for you, to take back the Iron Throne that is rightfully yours to begin with. These women already have varying degrees of power, but no one has risen from the ashes (literally), as you have. From weak to strong, you are perhaps destined to become the one true leader. For that, we will have to wait and see and continue to cheer along when you are on the screen.

Sure, I understand that you are not a real person, that you are a character in a story. But you are the best character, because you have undergone the most thorough change. While time passes and other people remain the same, you have become a true force to be reckoned with in the development of these novels and TV show. You are learning along the way, becoming a true player in the game of thrones. A player that many people in Westeros do not even understand or realize yet. But they will, when their castles burn from the fire of the dragons.

This may be the nerdiest thing I have ever written.