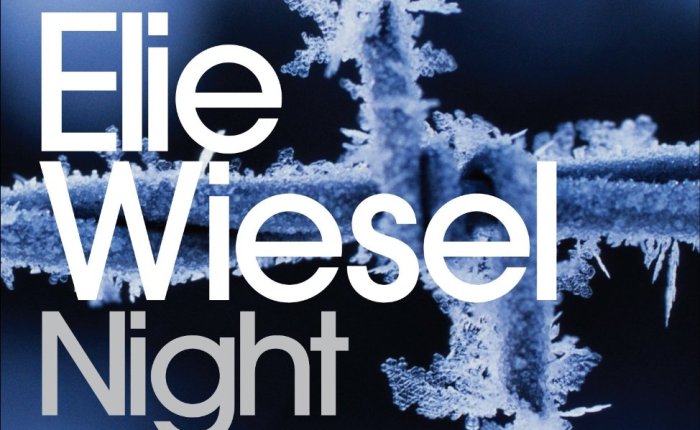 There are many tales to be told from the horrors of the Holocaust undertaken by the German Nazis during the Second World War. Horrifying tales of the brutality of humans, the most awful things that can be undertaken by one human upon another. Tales of survival, and loss, and the breaking of humanity. These stories are all hard to read; they are all painful reminders of how evil man can be. They are examples of history at its lowest point. But they all need to be read.

One of the best novels I have read in regards to the concentration camps is Elie Wiesel’s Nobel Prize-winning Night.

Wiesel was only fifteen years old when he and his family were forced onto the terrible conditions of the trains, and moved to the infamous death camps of Auschwitz and Birkenau. In his most formative years, Wiesel was forced to see things that could never be unseen, and could never be forgotten: he had to deal with beatings, starvation, exhaustion, and death on a daily basis. He witnessed things that most of us have thankfully never known. And he did while trying to survive the entire ordeal.

The version of Night that I read includes Wiesel’s Nobel Prize acceptance speech, as well as an incredibly interesting new foreword by the author (I read the foreword after the novel, which is the way I would recommend it, as it provides some interesting changes from the original text, and some of the issues he had with initially having the work published). For example, the original title of the memoir was to be And the World Remained Silent, a jarring and powerful title that was rejected by publishers as too harsh. Too harsh, perhaps, but incredibly correct.

Wiesel tells of his ordeal with a plain voice. He goes over the facts, and tries to keep the emotion out of it. He is telling a story of what happened to him, and to his father, during this terrible time. He is not writing for revenge, as he did not live for revenge after his survival at the camps. He states himself that perhaps he is writing to stay sane after what he went through, or to go insane, in order to deal with everything.

Night gives us a comprehensive view of life in Auschwitz and Birkenau. The paltry meals, the hard labor, the terrifying “selections,” when those unable to work were chosen to be sent to the gas chambers, and death. The book tells us of how those horrors only got worse as the Russians neared the camps, and began liberating them. While the front drove closer to the camps, their lives became worse and worse. Long, forced runs and marches, starvation, and the piling of bodies became daily issues as the Nazis tried to move their camps more to the interior of Germany, in hopes of escaping the inevitable fall to the Soviets and the Americans.

While Night has become an important and well-read book, being used in classrooms across the world, reading it for the first time, we can understand why. Even though we have all learned about the horrors of the Holocaust, it remains important that we keep doing so. Despite being first published in 1958, this is a book that still needs to be put into the hands of young people, so that they can learn from a first-hand person what it was like in these awful camps. We may not all have the opportunity to travel to the notorious death camps in Poland (I have personally been able to on more than one occasion, providing me with some of the most sobering travel experiences of my life), and that is why this novel needs to still exist, and needs to still be read.

Wiesel gives a formidable account in a short amount of space. At barely 120 pages, Night is a very fast read, allowing the horrors to sink into our minds in a very short amount of time. He does not need to provide lengthy, descriptive passages about certain aspects of the camp. We don’t need it, because we are brought there through his voice, the voice of a teenager who only wants a second ration of soup.

One of the more interesting aspects of the novel is Wiesel’s admittance that he was driven from his faith, that he did question why the things that were happening to him were happening. We see the corruption of humanity among the prisoners as they fight for survival, and we don’t, for a minute, blame them. These people were broken to the point where there was very little left of what it meant to be a person. But they were survivors, and did what they could to see another day. Their tales are harrowing, and we are forced to question if we could even come close to understanding what they went through, or what we would have done in their situation. Wiesel admits that he was lucky to survive, as he did very little to ensure his survival. He claims that it was not a miracle, because if it had been, then why had so many other worthy people perished in those conditions? Where was their miracle, and what had he done to earn his? All he wanted was for he and his father to make it to the end of the road.

It is these stark realizations that makes Night so powerful. That there was a boy, who was broken down and exhausted, able to look at his life poignantly, even when he got to the point where even living and dying did not matter.

Night is an absolute must-read. It is a vivid portrayal of humanities darkest moments, and is as important today as it was the day it was published. We need to remember, and Night is one of the ways that we can.

Having recently written a long overdue review of the film version of The Wolf of Wall Street, a great Scorcese/DiCaprio film (my review is here https://gatsbyfuneral.wordpress.com/2014/04/26/the-wolf-of-wall-street-film-review/), I can now write about the original material for the film, as I have just completed the reading of Jordan Belfort’s memoir of the same title.

Not often is a film better than the novel, but this just might be one of those cases.

While Belfort has an incredible tale to tell, he is not a writer, and there are times in the novel where this shows. There is too much repetition (ok, Jordan, we get it, the Duchess is very attractive), and sometimes the figurative language is forced, but it does not really take away from the story. As with the film, it is the story of a rise and fall of the man they called the Wolf, who took Wall Street for millions, illegally, and then eventually had to pay the price. His story is one of greed and debauchery, about having it all and then wanting more.

Belfort is a very smart man, and in the novel, we see a little bit more into how clever he was in manipulating the stock market to make himself millions of dollars. We are able to read more detail about the anarchy and decadence of his firm and his loyal Strattonites. This may seem like a surprise, because there was no shortage of drugs and sex in the movie, but trust me, there is even more in the book.

It is sometimes hard to tell is Belfort is bragging about the things he has done, or if he is a man who has paid the price and has really learned a lesson. It is tough to tell which person he is: the caring rich guy who was willing to help out anyone who needed it, or the pretentious millionaire who looked down at those who weren’t as obsessed with money as he was.

Is Jordan the hero, or the villain of his own story?

The advantages of the book are that we get to know the characters with some more depth than we do in the film. In the movie version, they are caricatures of people who exist in real life, yet we don’t really get to know who they really are. We also get a lot more insight into Jordan himself, as he is able to describe his thought process in a way that the narration in the film was unable to do. And we get to see a little bit more of the genius that this man possessed, something I argued against in the film version.

A downside to the book is that sometimes it seems we are simply reading a list of conquests that one man has. Yes, he sleeps with many women. Yes, they are beautiful. Sure, they are primarily prostitutes, but it still counts, right? Sure, he did a lot of drugs and got away with some pretty strange and heinous things (the plane to Switzerland incident being one of them- imagine that kind of behavior on a flight now!). Even delving deeper into the person that Belfort is, by the end of the book, as with the movie, we are forced to ask ourselves if we actually like this character.

He is charming, and has a silver tongue, and it would be difficult to resist these things. But does he do the things he does because of his addiction problems, or because he knows that he is rich enough to get away with them? Perhaps a little bit of both. His second wife, Nadine, the Duchess, is no angel, but the way that he treats her is laughable. He knows the choices he makes will get him into trouble, and that it will send her into a rage, yet he does it anyways, because he knows that she will not leave him, and that after a few days of anger, she will calm down and things will be fine again. These are the actions of a bad person. Sure, the incidents he lives through are humorous, but dangerous. Not only to himself, but to others as well. Should he be celebrated or hated?

I guess this is the main point of the book. When we can seemingly do whatever we want, who wouldn’t go ahead and go for it?

The Wolf of Wall Street is a pretty entertaining read, for all of its faults. It is not the best written book out there, but it is full of enough incidents that it makes for a pretty decent narrative. I don’t know that I would recommend it over the film version, since that was so good, but if you are looking for something to read over the summer, and have seen the movie, but wanted to know more, then go ahead and give this one a read.