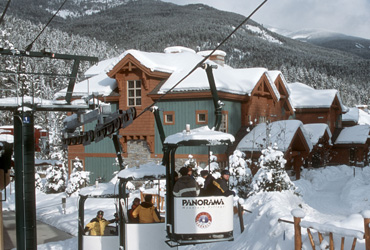 Panorama Mountain Resort, just outside of Invermere, British Columbia, is a favorite ski spot for its very consistent conditions, and beautiful mountain village. With a ton of condos right on the hill, or (worse case) just a short gondola ride up a hill, everything is close and within reach in the village. There are a handful of very good restaurants and the Great Lodge always makes a good place to relax after a few hard runs down the hill.

This year, the ski conditions weren’t at their best, as Panorama needs one thing right now: a massive amount of snow. 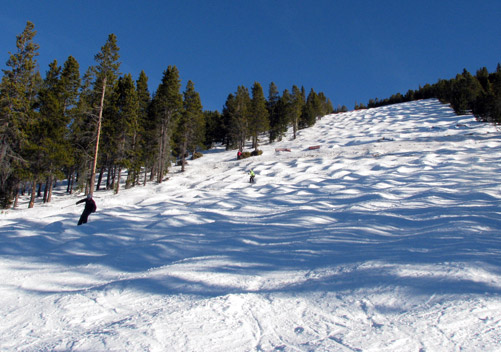 Most runs were open, and generally, there was decent snow coverage, with only the occasional rock or exposed chunk of land, but it really could use a big dump to get a little bit of powder going, to cover up the icy spots and return Panorama to its normal skiing glory.

The resort does well with what it has, having the runs nicely groomed for each day on the hill, and one of the best features of the mountain is that each run is generally big enough that you are able to find a route down that is relatively untouched, or without traces of ice. Despite our concerns for the lack of snow, it provided a couple of days of very solid, if unspectacular, skiing.

A couple of things that have changed in Pano over the past year:

1. There is no longer hot breakfast being served in the Great Hall until 11 AM. This came as a bit of a surprise, since it had always been busy in there for breakfast before. In fact, the Great Hall served no more made-to-order meals, instead relying on churning out burgers and fries and having them sit under heat lamps until they are grabbed by a customer. This created a lot less traffic in the cafeteria area, since it was always a very long wait for food before, but it does create a lower quality meal.

2. Employees tend to be very confused on the locations of things that probably should be a part of their job. It took me asking three different employees where the Ski Patrol station was, so that I could check on an injured student. None of them knew where it was, and I had to rely on some good wandering in order to find the place. I had just assumed that people who worked there would know where certain things were located. I was incorrect. 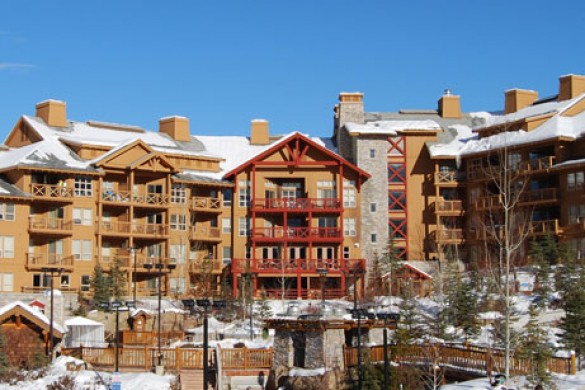 3. The condos at Panorama are always very nice. They all have nice, large balconies, and are quite spacious, and have rooms available for various sizes of groups. This year, a couple of the rooms were not as prepared as they could have been, or have been in the past. Missing bedding for pull-out couches became hard to come by, and there was more than one instance where there was a lovely stash of smelly garbage in a room. These are small things that can be easily remedied by housekeeping and guest services. We were happy to be in the perfectly located Panorama Springs building.

4. This year, Panorama has changed their ideas around for storage, insisting that no skis or boards enter the rooms. They now provide lockers on the first floor of the building where you can store your stuff. But this raises a few issues, with one locker being assigned per room. The lockers are the size of your typical high school locker, meaning there is little chance of fitting a snowboard in there, let alone six. At best, you could get two pairs of skis in there, but nothing more, and even that requires a degree in engineering to figure out. Locks are provided by the front desk, with a $20 deposit if they are not returned. Somehow, this new locker usage feels like a money grab, since it provides far more inconvenience that needed. I see no issue with leaving skis and boards on the balconies of the rooms, as it has always been done before. Another issue is that the locks have the combinations attached to them on a small, easy-to-lose card, which of course could lead to a whole other whack of issues.

Panorama is a definite favorite spot for skiing. This year, it was not perfect, but perhaps that is more to blame on mother nature and her refusal to snow much this year. The weather was absolutely perfect, hovering near the freezing mark for much of the time. It offered a perfect day outside, and warm enough to sit outside on the large patio at the Great Hall, to enjoy the spectacular views, some good times, and some good skiing.

I will always recommend Panorama to others as an optimal place to ski. Despite the little foibles that we found this year, it is still a great place to go. Maybe wait, and be sure to check those snow reports, before heading out.